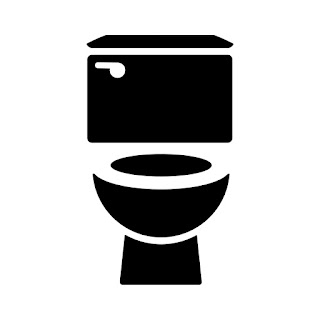 In 2017, my place of work will be marking the 50th anniversary of the partial decriminalisation of sex between consenting men, by having a year long LGBTQ season of exhibitions and events. As part of this, we will be re-signing one of our toilets as a gender neutral one. Due to limitations of budget and a 500 year old building, this is just a small step, but one that we hope indicates our dedication to ensuring that our doors are opened more widely to trans and gender non-conforming people.

When I was doing my undergraduate degree in Hull, I was at the Student Union nightclub Asylum, and was threatened in the boys toilets for my gender expression, and forced out. I tried to go into the women's toilets with my friend, and a bouncer came in and dragged me out. I literally wasn't allowed to use any toilets. Public toilets can be a really traumatic place for many people, especially those who are trans and gender non-conforming. This is a project that I feel very strongly about.

As a way of marking the grand opening of the gender neutral toilet, we want to give people an opportunity to share their experiences (traumatic and positive) that they have faced in public toilets because of their gender identity or expression. There are two ways I would like to invite you to get involved:

1. Record a short sound bite (no more than three minutes) about your experience/s. These will be played throughout February in our 16th century Gardrobe- the oldest toilet in Hackney!
2. Write a short piece about your experience (approx 500 words) to be included in a short zine which will be distributed for free.

All contributions will be anonymous. The Gardrobe is on the first floor of Sutton House, and is not wheelchair accessible. The gender neutral toilet will be though, and the sound bites will be played in an accessible space throughout February, and made available online as well.

To get involved, or for more information, email me at Sean.Curran@NationalTrust.org.uk
Posted by Sean at 05:53 No comments: