To follow up Master-Mistress, 126 volunteers submitted readings of Shakespeare's Fair Youth sonnets, which they recorded themselves on their phones. They also supplied 10 second video portraits to accompany the sonnets.

The resulting film was projected against the wall of the chapel in Sutton House as part of the first every 'Queer Season' a two month long occasion that included a showcase of work by Nick Fox and a screening of the Craft on Valentine's Day hosted by Amy Grimehouse. 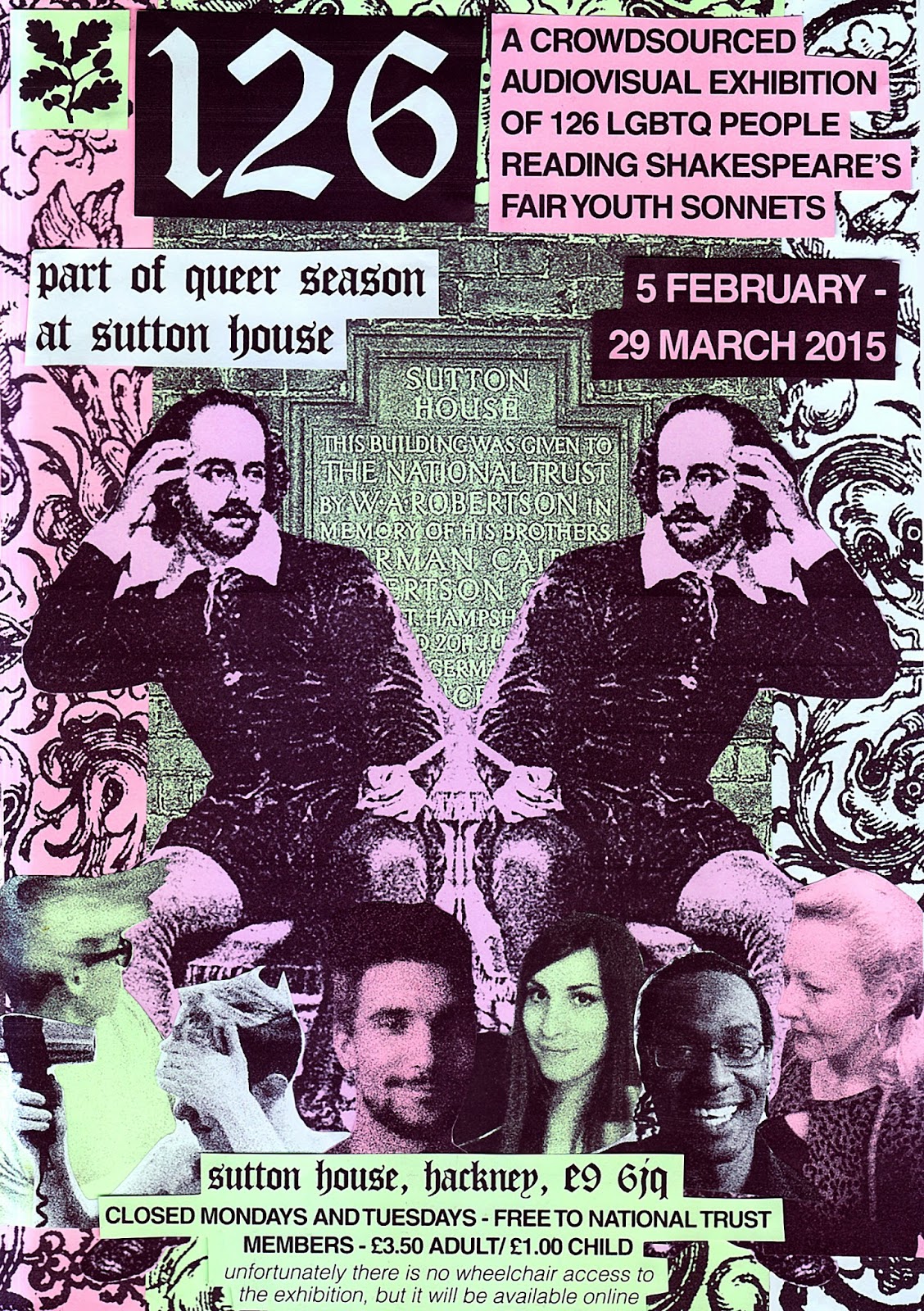 In 1640, publisher John Benson notoriously changed all of the pronouns in Shakespeare’s Fair Youth Sonnets to suggest that the subject was always a woman. This illustrates that even in the 17th Century there was an awareness that the fair youth in question was a man. This audiovisual exhibition seeks to reclaim Shakespeare as a queer figure.

126 LGBTQ (lesbian, gay, bisexual, trans and queer) volunteers have contributed their voices and have each recorded one of the sonnets and a short video portrait. The result will hopefully challenge listeners and viewers to reconsider Shakespeare’s words and the way in which his identity might be viewed today.

The exhibition is crowdsourced as each volunteer recorded and submitted their own contributions. Both this, and the physical exhibition, reflect the ways in which DIY culture is often utilised in LGBTQ activism.

126 is activism. By reinterpreting Shakespeare’s sonnets, perhaps the most widely known collection of love poems, we are reclaiming our place in history, and this exhibition contributes to the increasing visibility of LGBTQ identities in historic buildings, and in the National Trust.

Thanks to all of the volunteers who kindly contributed their voices, time and talent to 126.
Exhibition curated by Sean Curran
Artwork by Alex Creep
Thanks to the staff at Sutton House for their support 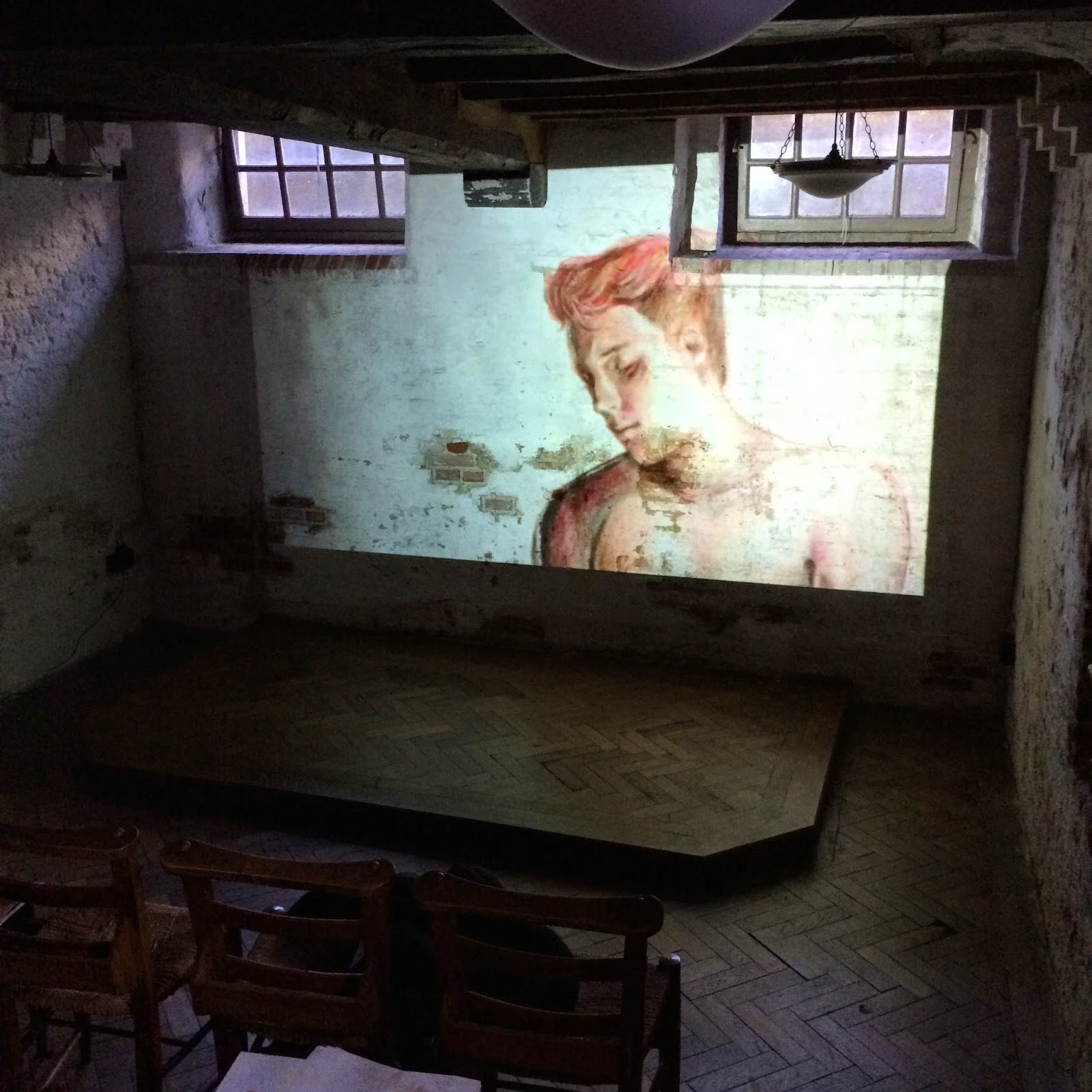 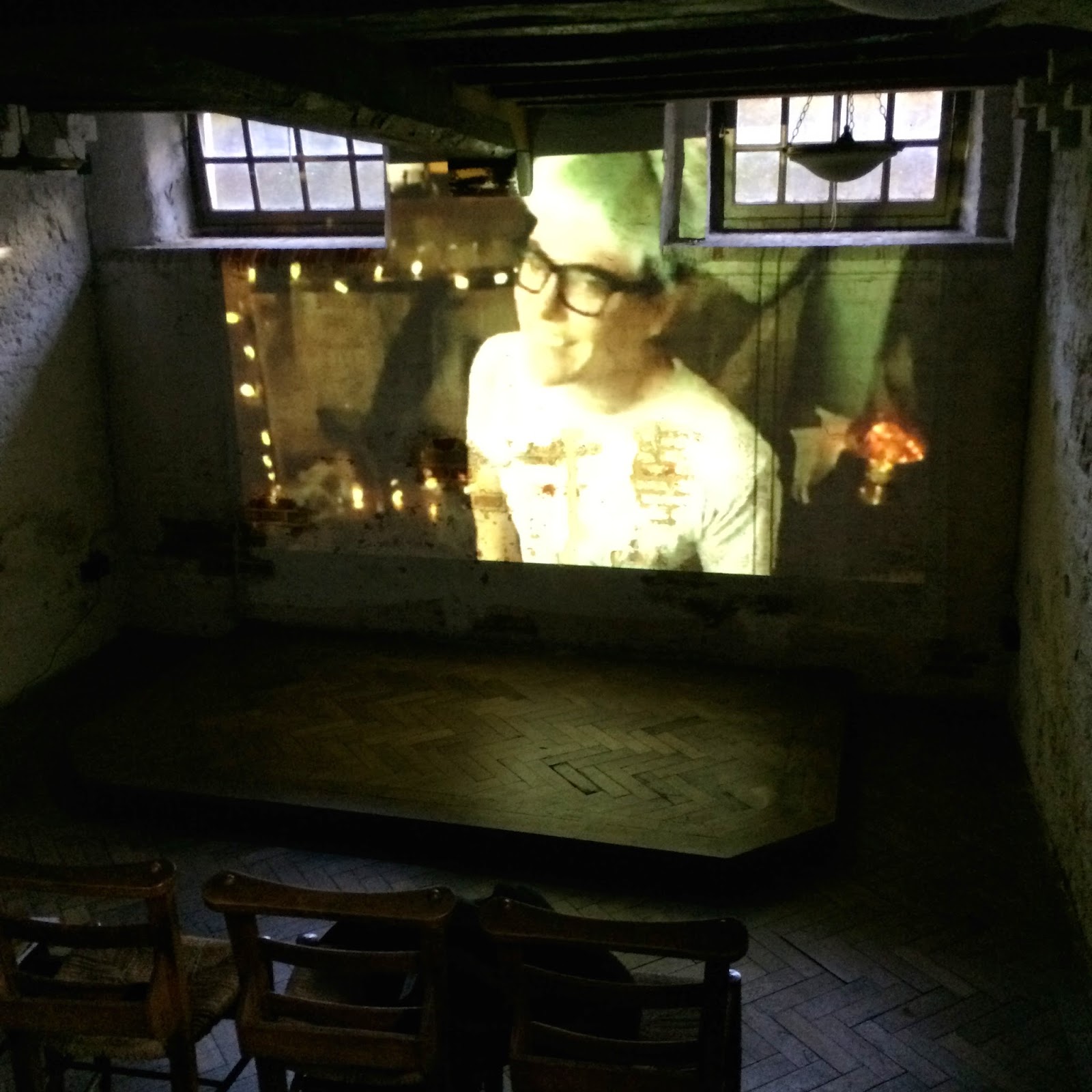 The sonnets can be listened to here.

And the videos can be viewed here.

There's a video of the projection as it appeared in the chapel: