Back in July I contacted the staff at Kelmscott Manor about the neglectful way they had dealt with Mary Lobb in their interpretation. I subsequently offered to put together a sound piece for visitors to listen to, to the staff at Red House in Bexleyheath, that was made from verbatim snippets from sources I had found during a visit to the William Morris Gallery archives in Walthamstow.

The aim was to show that even when they were both alive, contemporaries of Mary Lobb and May Morris considered their relationship to be more than just 'companions' and the hope was that this sound piece, presented as gossip, would serve as a small way of remembering the close relationship between the two women, that has for so long been overlooked. 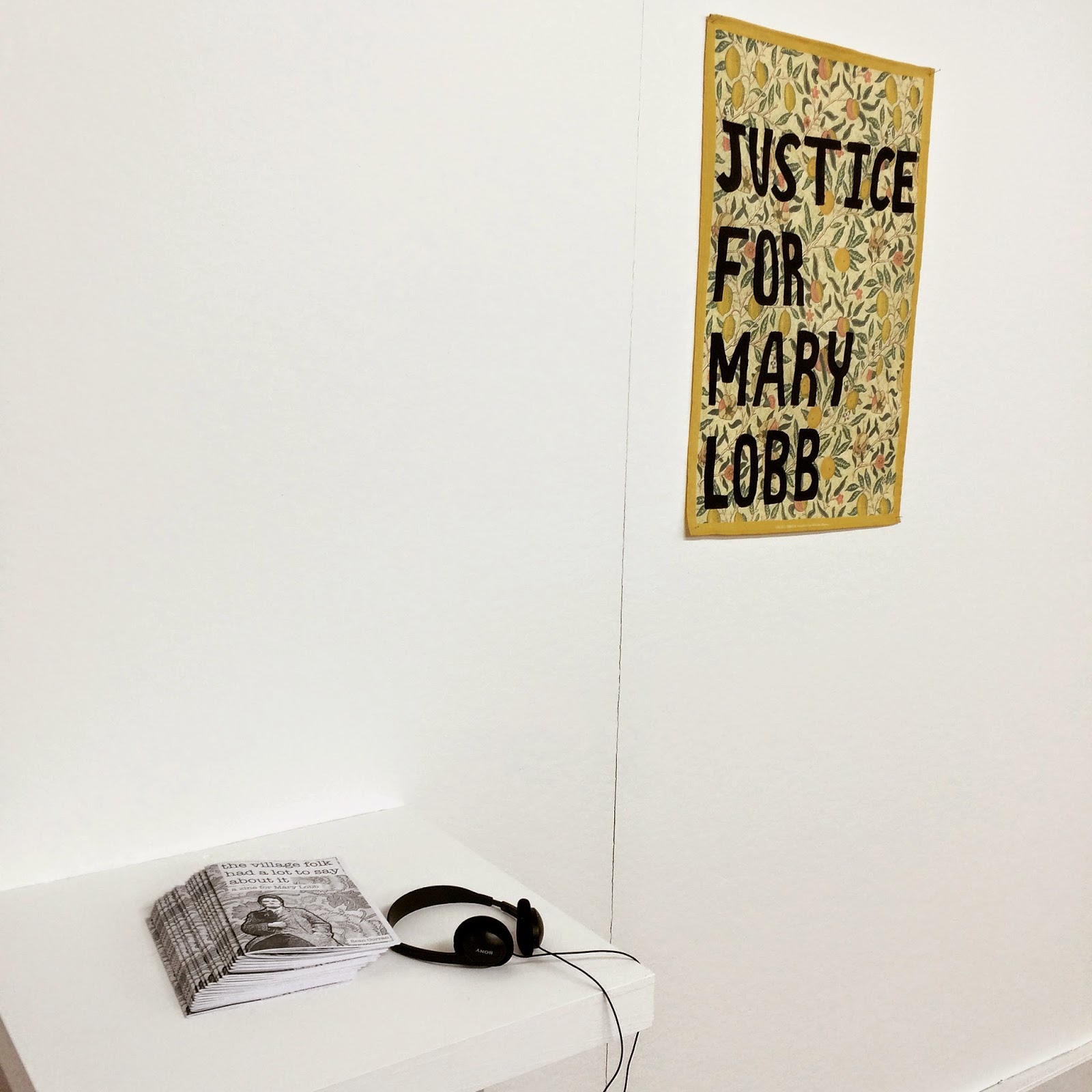 Unfortunately, the staff at Red House refused this interpretation, saying first that the exhibition programming for 2015 was to be all about architect Philip Webb, as 2015 is the centenary of his death. When staff from the London Project asked about it again, they were told it was due to staffing and budget issues, which seems odd, as I was offering to make the sound piece for free.

Fast forward to the end of 2014, and the opportunity arose to be part of a group show at the Institute of Education to showcase the work of five PhD students in the Art, Design and Museology department whose research includes elements of practice. Rather than just showing some of the work I've been doing with Sutton House, I instead decided to use this as an opportunity to revisit the idea for addressing Mary Lobb, and alongside the sound piece, I created a protest banner out of a William Morris tea towel, and a fan zine for Mary Lobb, explaining who she is, and how she has been overlooked at various heritage sites.

While the sound piece (recorded thanks to Joe Lewis-Nunes and Ellie Lewis-Nunes) obeys the convention of heritage interpretation, it is offset by the objects more closely aligned with activism: a banner, zines. 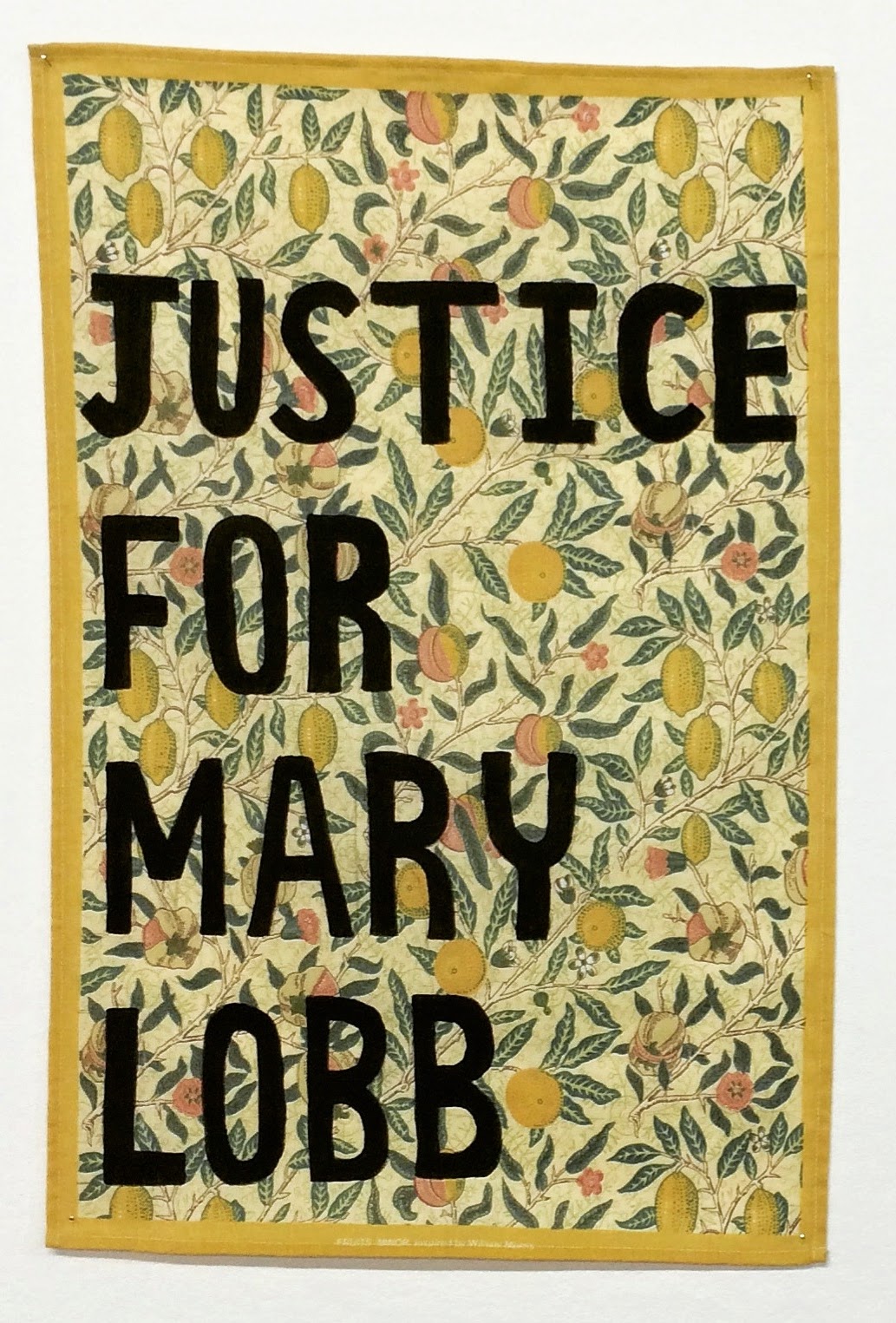 It’s important for me to consider how my work changes in an exhibition environment, to consider what it becomes. I want to avoid fetishising paraphernalia (such as banners, zines) used to enact change. The inclusion of such objects here raises questions about what is allowed and expected in a gallery space, but refused (as it was) as legitimate interpretation in a heritage site. Interestingly, and perhaps proving that the inclusion of these objects was not successful in fetishising them, at the private view, the plinth upon which a stack of zines (masquerading as museum objects) rested, was treated by visitors as a table, rather than a plinth, people leaned against it and rested drinks on it, rather than revering the plinth as is often the case. Observing people interacting with the plinth in this way was a nice piece of accidental data.

On Thursday 29th 4.00- 7.30, there will be a seminar in which we will discuss the nature of practice-based research.

In the mean time, here is the sound piece.

I will make the zine available online at some point, when I work out the best way to do it. 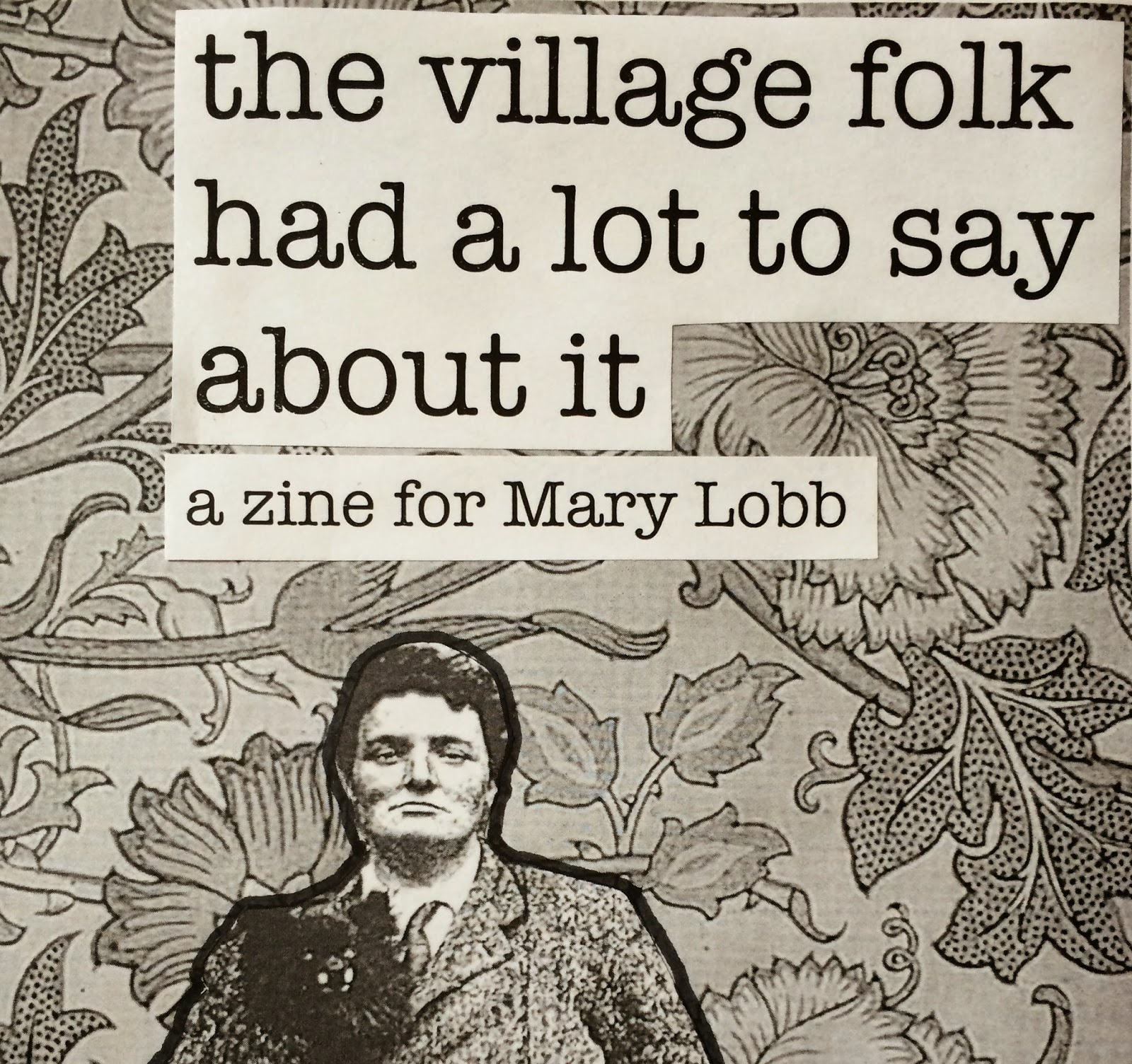