Help me identify the location of this picture

I was having a meeting with my supervisor Pam Meecham yesterday and we were talking about collectors and collecting and got onto discussing photographs and someone who collected discarded and ripped up photos.

I then showed her the picture here, which I picked up from an old suitcase in a vintage shop in Brick Lane a few years ago and for some reason carry with me at all times. I like it because its a bit strange and really bleak and also begs a lot of questions. Pam said that she thought there was enough information in the picture to at least determine where it had been taken, so I thought I would throw it open to the Internet to see if anyone could spot any clues as to where it might be.

Pam thought, as I had initially, that it might be the Lake District, I had also wondered if it might be in Scotland somewhere. Pam pointed out that wherever it was, it was probably not far from a road or a residential area, as the subject has two sticks, and probably wouldn't have been able to manage a long trek or a hike to get there.

Any thoughts? I'd love to find out more about it! 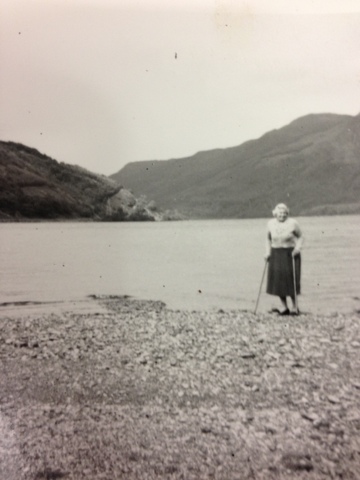 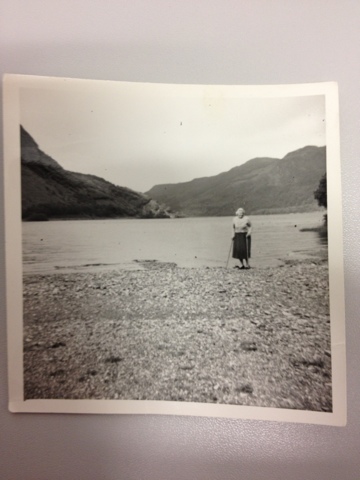