I'm so excited to be part of the upcoming National Trust tours of the Balfron Tower, which is becoming a 'pop up' property much like the Big Brother house did this time last year. I will be one of many volunteers guiding the tours, which run for two weeks from 1st October. 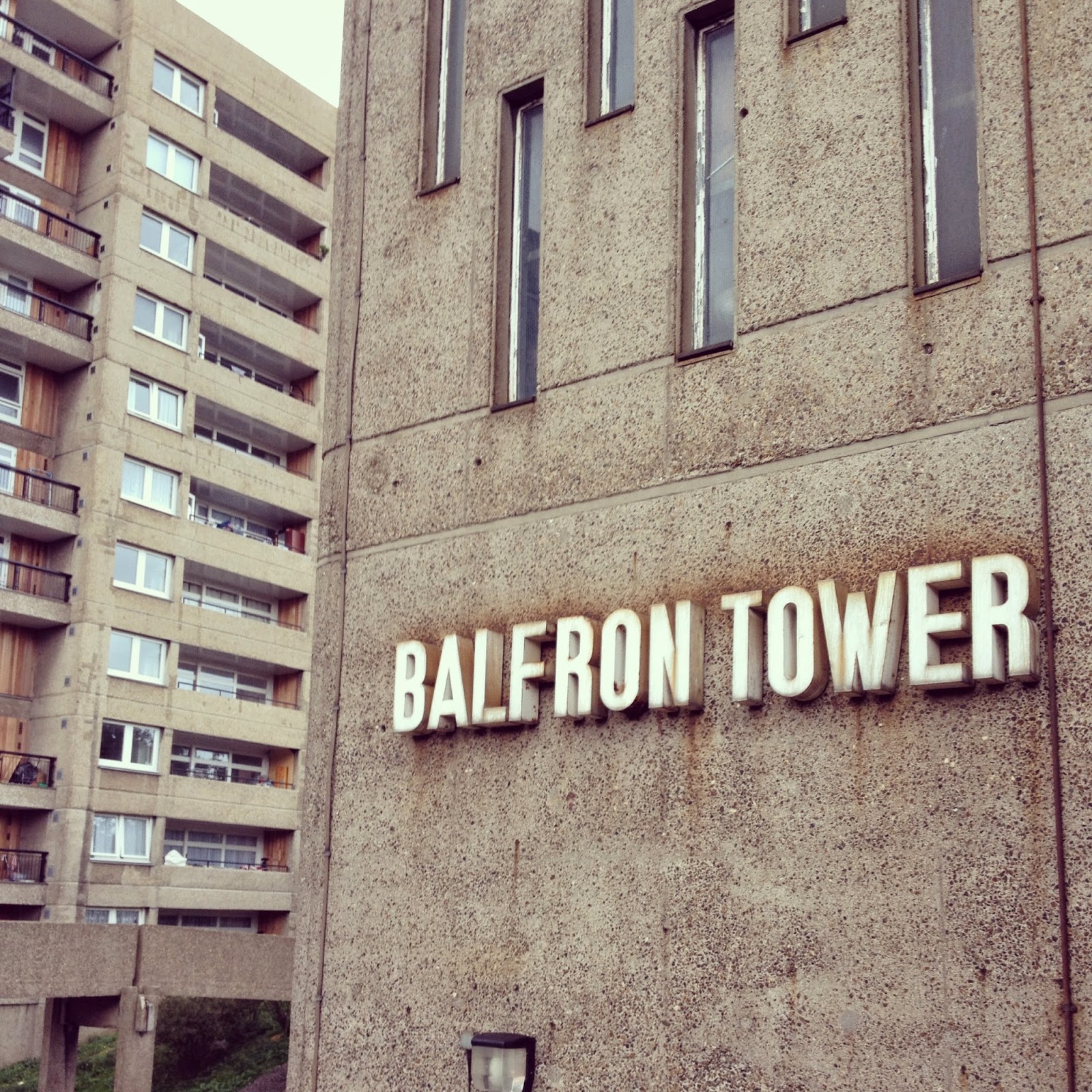 While I did not expect the project to attract the sort of vitriol in the media as the Big Brother takeover did, I've been surprised at the largely positive response so far, though perhaps more scathing comment pieces are being saved for while the tours are running. This is a controversial project, in many ways much more so than the Big Brother tours, as aside from continuing debates about what heritage is, there are issues around gentrification, and the "decanting" of those who lived there in the manner it was originally conceived by architect Ernő Goldfinger, as social housing. I'm hoping the tours will be a part of this debate, though no matter how much I might roll my eyes at the gentrification of a tower block that will soon be luxury apartments and that is currently occupied by artists, I have to accept that as a National Trust tour guide, I am part of that gentrification. 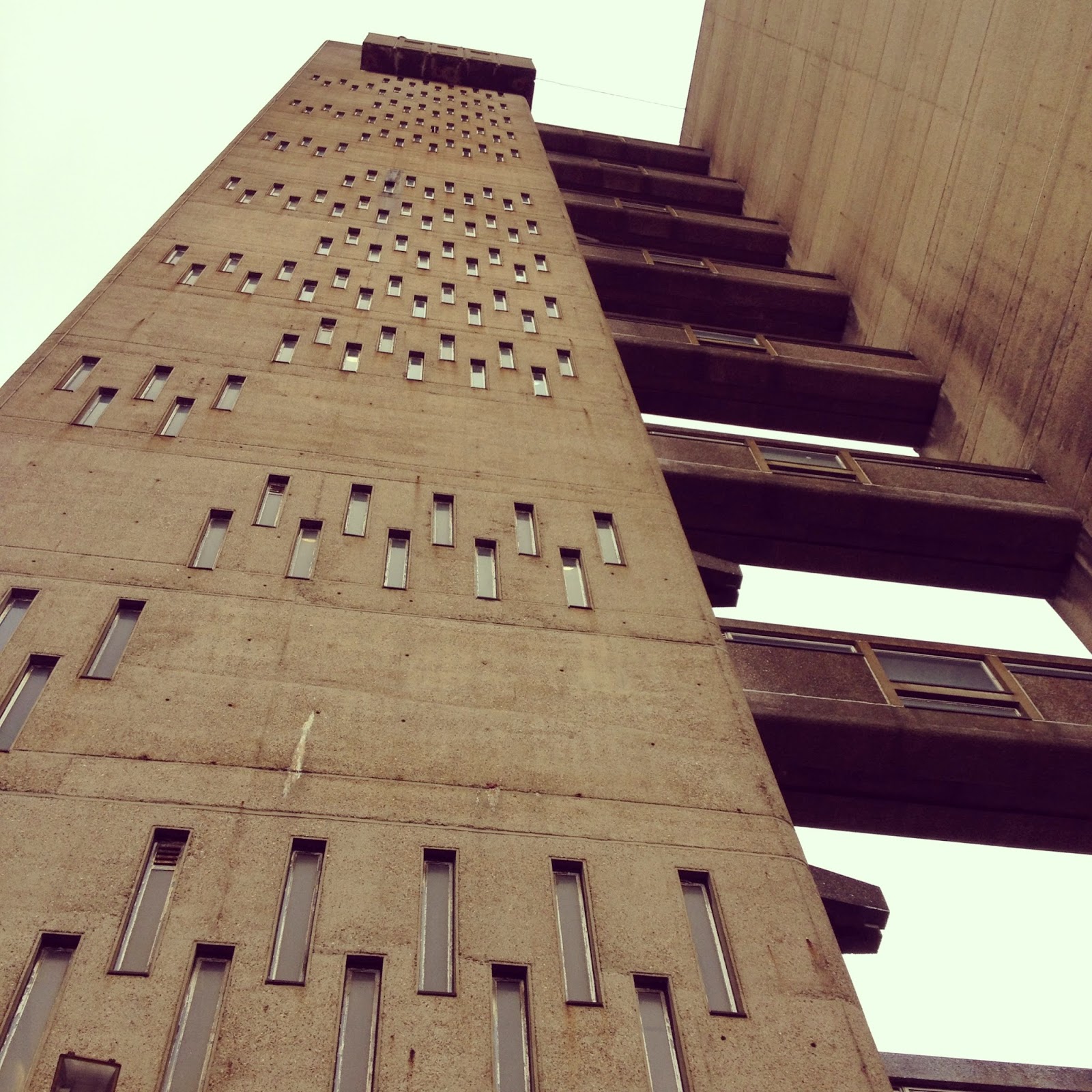 That aside, I visited the tower on Friday for training and I can promise a really fascinating visit for those with tickets, the tower is filled with great stories and the view from Flat 130, which has been recreated in 1968 style by Wayne and Tilly Hemingway, is phenomenal. I hope this venture generates a healthy discussion about heritage and about what happens when a once reviled building used as social housing becomes a revered icon, at the expense of its residents, it's a very timely discussion too, and I'm really pleased to have the opportunity, and the privilege to see this beautiful building up close, and to share its stories with others.

I'll blog more thoroughly about this once I've done the tours!

You can get tickets here (looks like they're almost gone).

At the end of last week I attended the Period Room conference at Bowes Museum (home to the brilliant and bonkers Silver Swan) in Barnard Castle. I hadn't visited the Bowes since I was a child on a school trip, so it was great to have a good excuse to visit the imposing French Chateau once again. 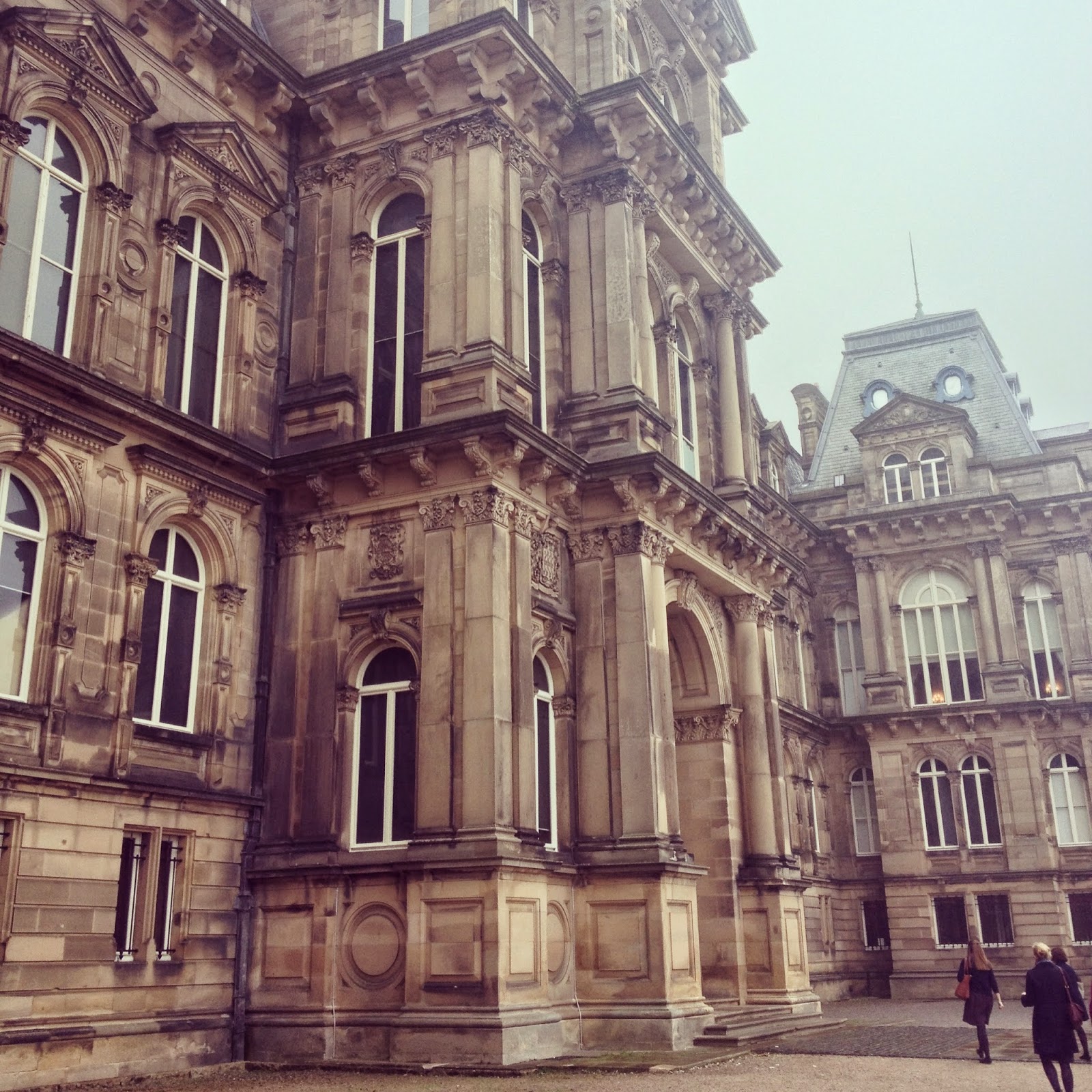 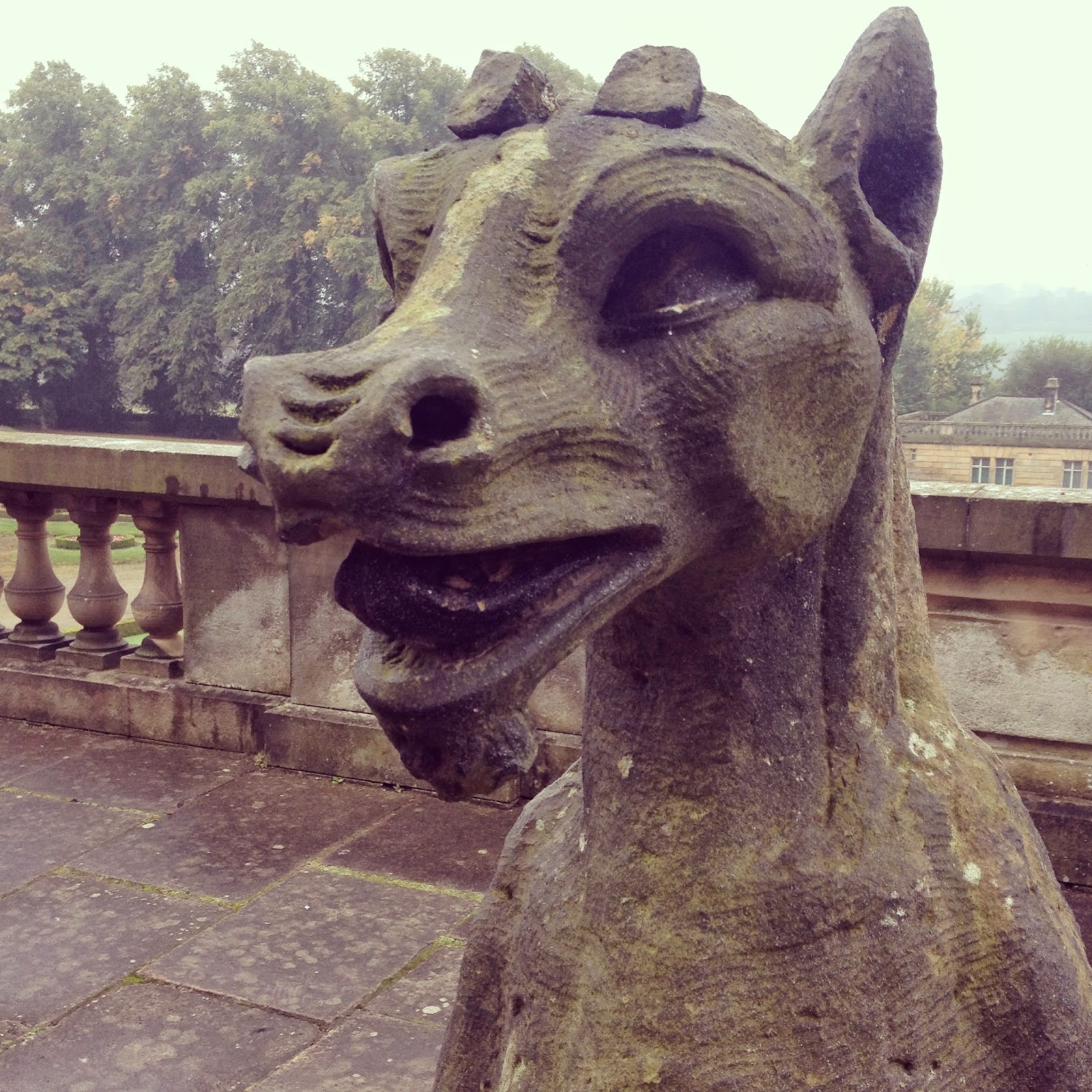 This conference, was jointly organised by the University of Leeds and The Bowes Museum, and was supported by the Paul Mellon Centre for Studies in British Art,  and aimed to 'consider the Period Room, and the historic interior, from a wide variety of perspectives in order to address some key questions about the history and practice of Period Room displays in Museums'.

I had attended the conference on the recommendation of my supervisor, and thought that it would be interesting but rather tangential to my research, but given my focus on historic houses it served as a very useful alternative way into thinking about how domestic spaces are displayed, both in and out of museum contexts.

Rather than describe the whole conference, I will instead highlight a few of the ideas/themes I found most interesting/thought provoking.

I'll leave you with a few links to some examples that struck me as particularly interesting: 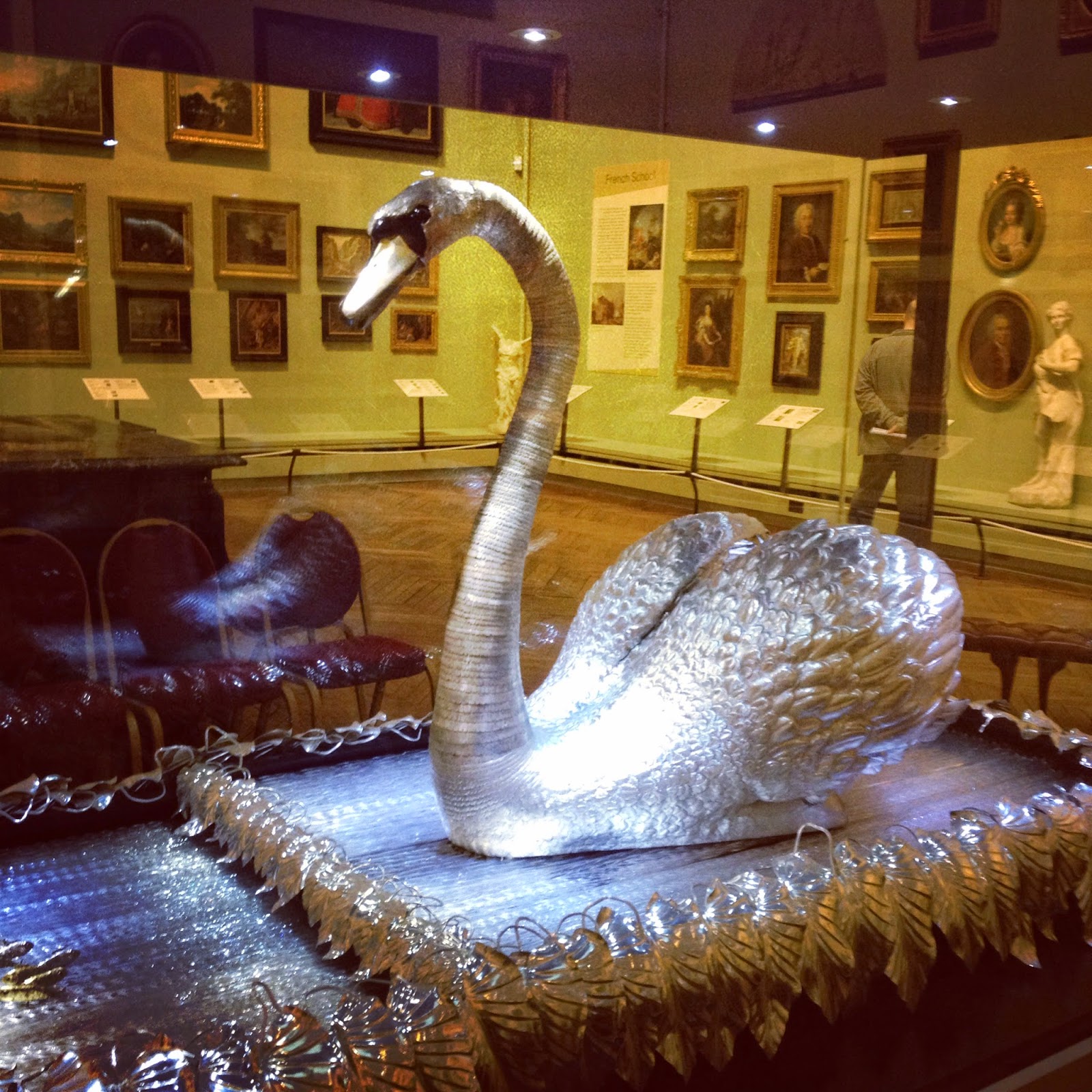 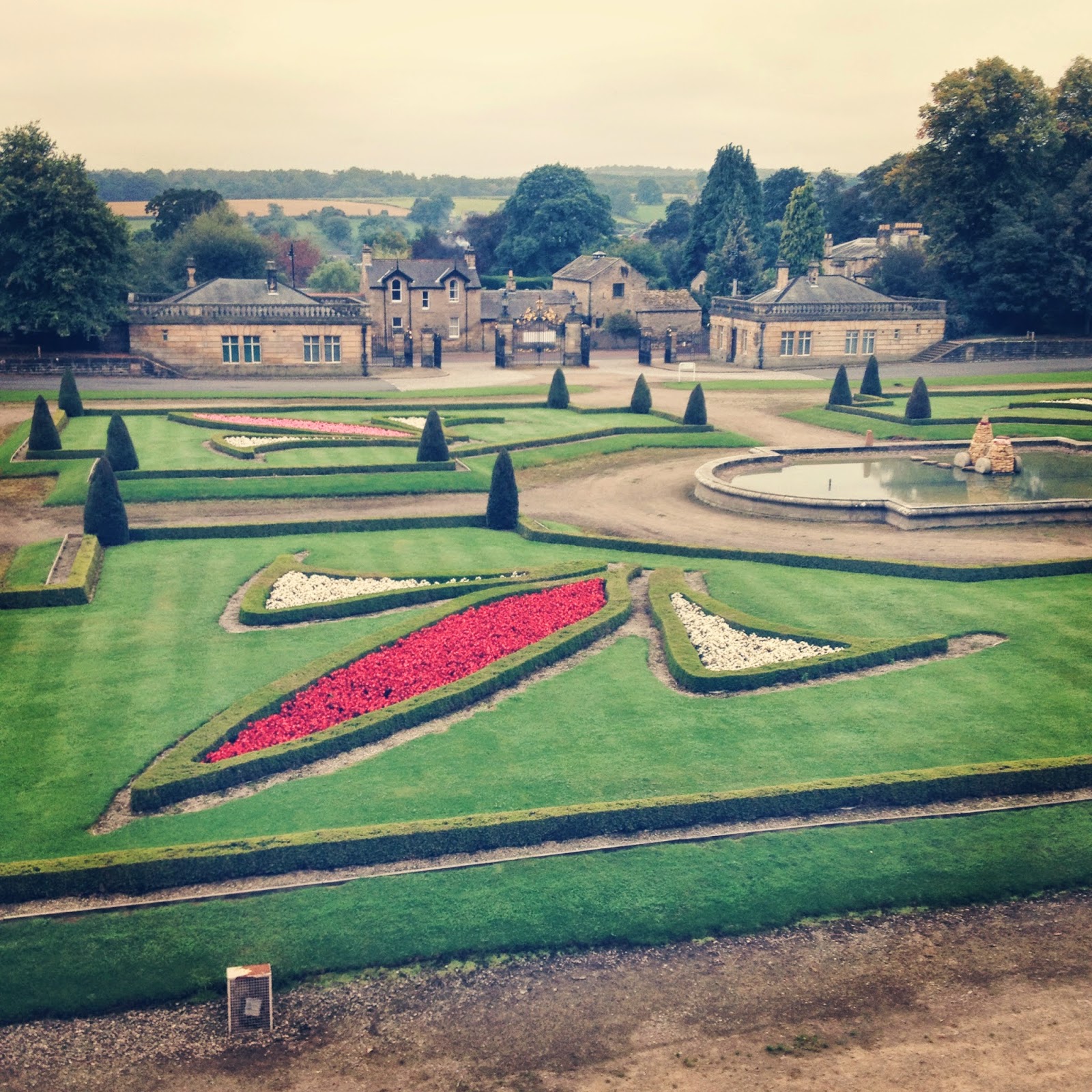 I've been really moved and delighted by the number and quality of submissions from volunteers to the LGBTQ exhibition I'm working on for LGBT History Month 2015 at Sutton House, Hackney. I thought I'd share a few examples of some of the contributions I've received so far.

Just a reminder, I'm aiming to collect recordings of all 126 of Shakespeare's fair youth sonnets, in a crowd-sourced collecting project where contributors record their own readings on their phone. I'm also asking for each of the readers to submit a 10 second video "selfie" clip too, and both sound and video will be used as part of an audiovisual experience at Sutton House in February 2015.

Here are a handful of the sonnets that I've received:

and here is a small selection of the video clips I've received so far:

These are just the tip of the iceberg, but hopefully they will whet your appetite for the exhibition, or even better- inspire you to get involved, there are still spaces for contributors! If you want to get involved, email SuttonhouseLGBTQ@gmail.com. There's more info available here.
Posted by Sean at 13:58 No comments:

I'm delighted to have been part of the launch party for #NTHouseproud last night. The newest initiative of the National Trust's London Project, with the help of RCA students and graduates and MADE.COM, the project aims to capture a snap shot of how Londoners live today. 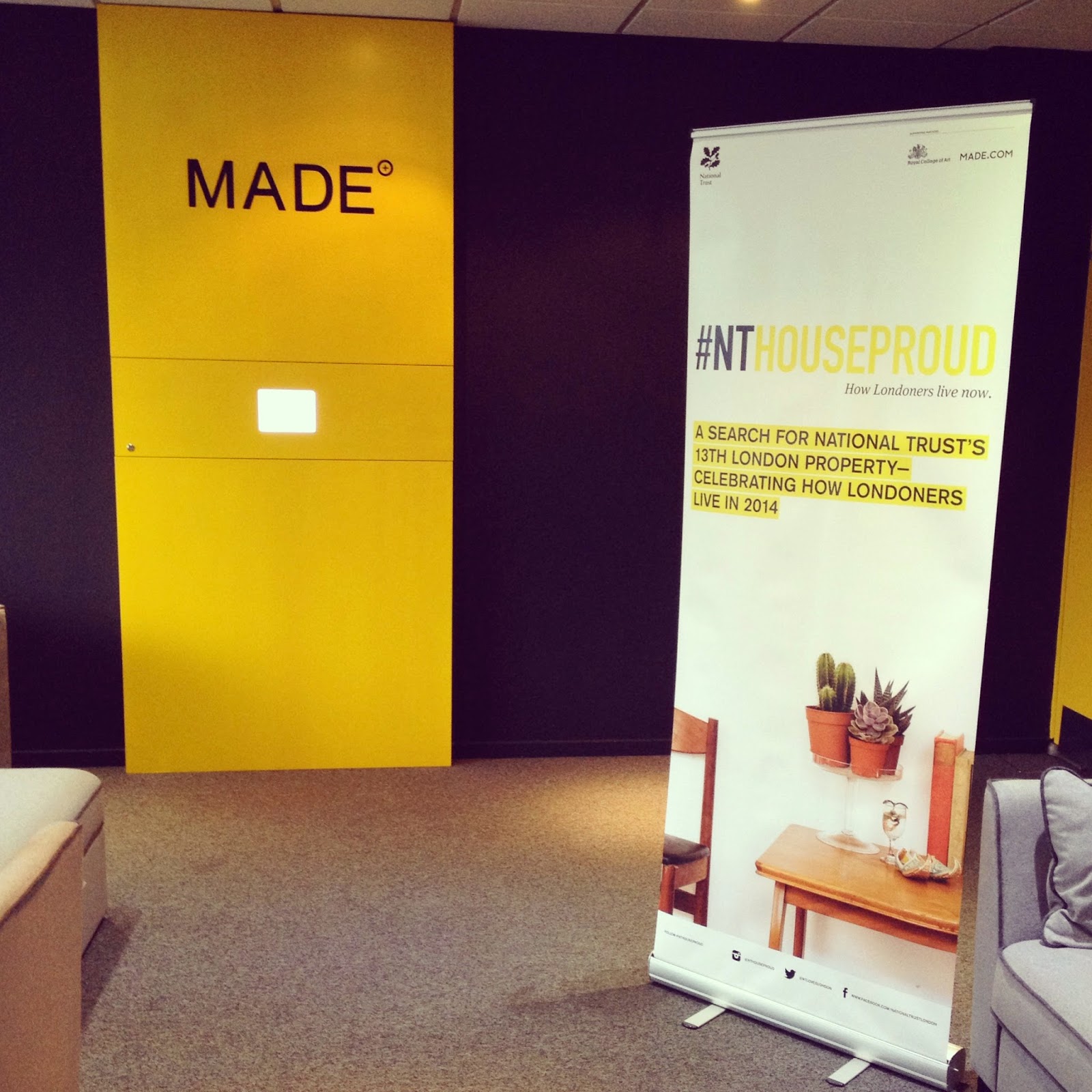 Billed as a 'social media experiment', the London Project invites Londoners to upload pictures of the interiors of their homes to twitter or instagram using the project #NTHouseproud hashtag, and the those who the take best pictures can win MADE.COM vouchers, with the over all winner having the opportunity to have their homes temporarily become London's 13th National Trust property, with the red velvet rope treatment, room stewards and a guide book produced.

I think this is a great idea to continue to challenge people's ideas of what heritage means and can mean, much like the Big Brother takeover last year did. I'm curious to find out more about the logistics of taking over a 'normal' and lived in house, and even more curious to know the sorts of people who would want the prize! As excited as I am about the project, having visitors traipse around my home sounds like a panic attack waiting to happen.

Aside from the innovative idea to open up a lived in and real house, the #NTHouseproud project will produce a vibrant archive of photographs of home life in 2014, in an accessible and social media-friendly way, the kind of archive that future historians will be very grateful for.

I'm really interested to see how the project unfolds, and hope to continue to be involved with it.
Posted by Sean at 10:41 No comments:

LGBTQ oral his- and her-stories essay

'Collecting the contemporary: a handbook for social history museums' edited by Owain Rhys and Zelda Baveystock is out now. In it is an essay I contributed called 'Let's talk about sexuality: capturing, collecting and disseminating LGBTQ oral his- and her-stories'. 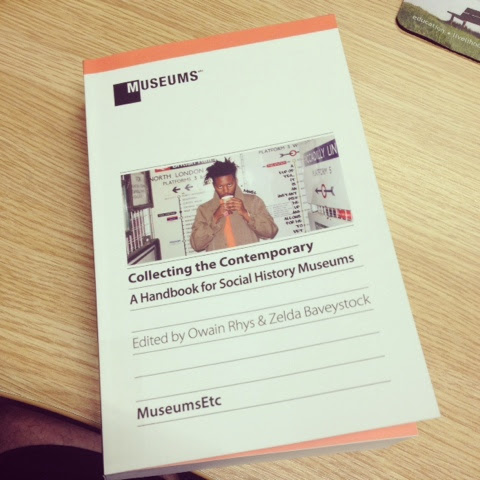 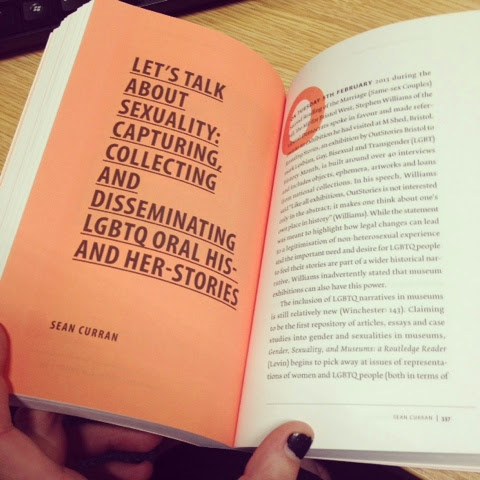 Here's the blurb about it from the editors' introduction:
Sean Curran assesses how LGBTQ history has been represented in the past, and how this is changing, especially through the collection of oral histories. He argues that although museums have recently been collecting and exhibiting LGBTQ associated objects, they have relied on stereotypical dimensions, such as "persecution, victimisation, visibility, sex and partying, without any physical record of the more domestic and every-day aspects of LGBTQ life". Oral histories, therefore, provide an invaluable opportunity for museums to capture the hidden elements of everyday life which objects cannot, and can be used to reinterpret objects already in the collection, or to inform future collecting. It is also, he suggests, an opportunity to experiment with presenting these stories in gallery contexts, through art installations, performance, or participatory interaction.
Request that your library buys the book, there's a huge range of very current essays and case studies.
Posted by Sean at 07:57 No comments:

A bold attack on a deeply flawed system: 'Eye of a needle' at Southwark Playhouse

A flurry of recent headlines and media reports about people seeking asylum in the UK based on their sexual orientation or gender identity have inspired the very current, very funny and very moving play at the Southwark Playhouse ‘Eye of a needle’.

The set is a familiar sight of waiting room chairs, ringing phones, and the wall of a men's urinal, and witty and powerful dialogue is delivered amidst disjointed movement interludes between scenes, conjuring the bustle of administrative headaches, slamming doors and crowded corridors. The play centres around Laurence, a newcomer to the world of UK Immigration Control, whose social life in nightclubs and Monday morning hangovers are interrupted by a new case involving Ugandan gay rights activist Natale Bamadi, which spur him to kick against the bureaucratic conveyor belt of refusal with a bright eyed idealism and a flicker of empathy.

With a cast of just 5, Eye of a needle captures the absurdity and barbarism of a system that demands and expects proof of someone's sexual orientation, the violent line of questioning that aims to seek such proof, and the futility of a process that relate to life or death matters for our queer sisters and brothers from (in this case) Uganda and Jamaica. The character of Natale, along with the discomfort of the power inherent in the roles of Laurence and case worker Caroline, offer a critique both of the system itself, and of the way the West condemns the 'savages' who perpetuate hatred for queer people, even though homophobia and transphobia are Western imports.

The acting is brilliant, and the script dense and meticulously researched, peppered with humour that holds a mirror up to the absurdity of the roles the staff at Immigration Control have in determining, ultimately, whether queer people live or die. Some of the dance interludes are a little heavy handed when the movement becomes more expressive, but it adds to the jarring shifts in tone that ensure the final lines delivered by Caroline hit you like a fist in the gut.

Aside from being a wildly challenging and exciting play, 'Eye of the needle' is ultimately an impassioned critique of a system that needs to be completely overhauled, favouring a focus on compassion and humanity, rather than paper work and box-ticking.

The play runs at the Southwark Playhouse until 20th September, for times and tickets go here.

Thanks to Surat from the Rainbow Jews for organising our trip there too, there is still time to donate to the crowd funding project, every penny counts to ensuring their great work continues.