It's called Transactivations and features two artists, Heather Cassils and Zackary Drucker who use their  bodies as artwork, in responses to gaps in art history and silences in conversations around gender identity. 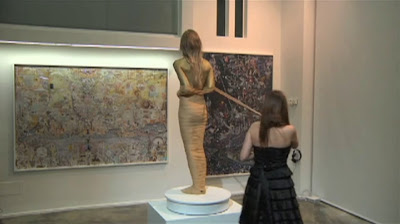 I particularly like what Heather says: "there is a trans politic, but it's also about creating a visual language that I feel is not out there. So I wish to take up a space that allows for indeterminacy, for slipperiness..."

The video can be viewed here.
Posted by Sean at 06:55 No comments: