The BFI Flare festival is over, and I just thought I'd plug a few of my favourite films that I saw. 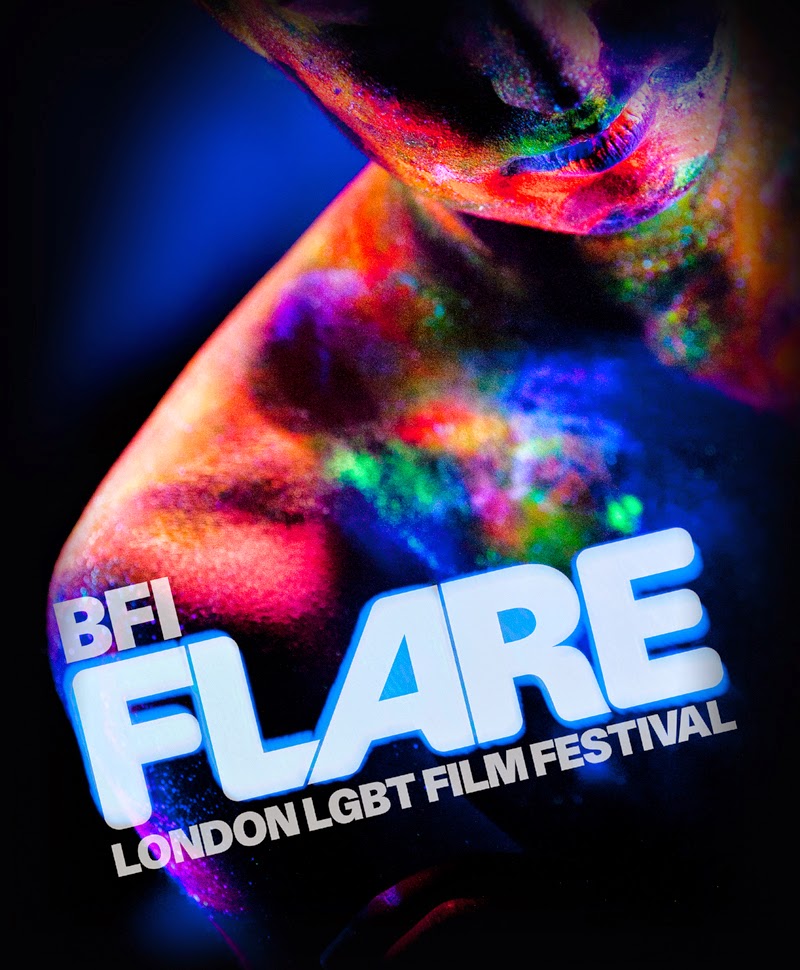 I saw this film at the BFI London Film Festival in Late 2014, and I'm pleased I got to see it again, it stars Saga Becker (who won best actress at the Guldbaggegalan 2015 awards ceremony, becoming the first trans woman to do so) as a non-binary trans person. It's empowering and beautiful, and along with other lead Iggy Malmborg, the acting is phenomenal. Becker's portrayal of Sebastian/Ellie is one of the most relatable characters I've ever seen in a film. It's a triumph and is hitting UK cinemas in April, so make sure you check it out.

Also, I'm absolutely delighted that the incredible Saga Becker agreed to be part of my exhibition 126 at Sutton House. You can see her contribution here:


My other favourites included:

We came to sweat

This was a particularly topical documentary given how gentrification in East London and beyond are seeing the closure of many queer venues, including the Joiners Arms. This film looks at the Starlite, the oldest gay bar in Brooklyn that was particularly important as it offered a safe space and community for LGBTQ people of colour. The building that housed the Starlite was bought without them knowing, and the film deals with the campaign to save it, as well as documenting the community that has been built there, and the legacy of the venue. It's a very moving film with an excellent soundtrack and documents a really important part of black LGBTQ culture.

This was the huge surprise of the festival for me. I knew nothing about Roller Derby, and frankly wasn't that interested, but the film is about more than sport, it's about the power of a community that values respect, kindness and warmth. The film is framed around the story of a ten year old trans girl called Crystal, whose mother reaches out to Roller Derby collective Vagine Regime, after Crystal is no longer allowed to participate in team sports at her school, because of the staff's discomfort and inability to deal with a trans student. The Vagine Regime, who are a queer international community, raise money to help Crystal attend a Roller Derby camp, where she can play with girls her own age for the first time. I balled happy tears for so much of the film, it's so positive to see what a beautiful thing the queer community is when you see it depicted so carefully on a big screen.

The trailer is perhaps a bit deceptively bleak, but alongside the sad stories of suffering, is an overwhelming sense of hope and positivity. We were lucky enough to meet the director Erica Tremblay, who is a complete babe and super humble, and seems genuinely overwhelmed with how well the film is being received. It's a definite must see.

And here are a couple of my favourite shorts:

A documentary about Bambi Lake, I can't find a trailer for this, but it was the first film in the Transcenders shorts, and the series ended with the incredible Justin Vivian Bond covering one of Bambi's songs, there's a bit of footage from the documentary in the music video:

The Last Time I Saw Richard - Trailer from Nicholas Verso on Vimeo.


Some honourable mentions: Hidden Away, Drunktown's Finest, and Stories of our lives

My favourite thing about BFI Flare is what a lovely space the BFI becomes for a fortnight. It's like a glimpse of what a lovely, safe and respectful queer utopia looks like.

I'm really excited to be part of a panel at the Museum Association of New York's annual Museums in Action Conference at the Corning Museum of Glass on the 12th of April.

Title:
Addressing the balance: negotiating potential conflicts between the regular visitor and specific community groups in historic buildings- UK and US perspectives

Panel description:
This session aims to address potential challenges in negotiating the balance between creating innovative and thoughtful programming tailored to specific diverse audience groups, and programming with regular local visitors. The session will aim to provoke discussion about best practice and experience sharing through three innovative and adaptable case studies from historic buildings in London, England. Ellie Lewis-Nunes will discuss engaging 14-21 year olds in exhibitions and programming at Gunnersbury Park Museum, Sean Curran will discuss the challenges of unearthing lesbian, gay, bisexual and transgender narratives at Sutton House, and Lauren Windham will discuss meeting the needs of international visitors and their differing roles as both tourists and immigrant populations in a community and their impact on programming. Lauren will transition from UK to US museums in her current work back in The States, which will then lead into a facilitator led discussion where participants will be invited to share experiences of working with diverse audience groups.

This is a great opportunity to share my research with an international audience, and to sample some of the museums New York has to offer, and I'm really looking forward to being reunited with, and working with Lauren and Ellie, who I met on the Museums and Galleries in Education MA at the IOE. I think it's going to be a really great workshop and I'm looking forward to meeting those who attend.

You can see the full programme here.
Posted by Sean at 05:16 1 comment:

As part of the UCL Institute of Education Feminism, Gender and Sexuality seminar series, I'll be presenting some of my doctoral work in progress. The Great Wings of Silence: Queer Activism in Heritage Sites

Sean will present from their research about addressing the silence of LGBTQ narratives in heritage sites, using their own curatorial practice at the National Trust’s Sutton House in Hackney as a case study. Sean will raise questions about the roles of curators, artists and activists in challenging dominant narratives in public history and will present initial findings from a survey conducted with participants of a crowd-sourced LGBTQ intervention and will reflect on the challenges arising from practice-based research.

About the Feminism, Gender and Sexuality Seminar Series

This group is designed for research students and staff to explore their work around feminism, gender and sexuality. We meet informally about three times a term, twice during lunchtimes and once during the evening; at each session a speaker is invited to reflect upon their ideas as they develop, and to use the discussion space for the exploration of their own questions. Session topics located within diverse disciplines are encouraged. At least one seminar each term addresses LGBTQ (Lesbian, Gay, Bisexual, Trans, Queer) research. The session to be held in the evening will be followed by drinks in the bar.

(the image is from an old Penguin edition of Woolf's Orlando, which is where the 'great wings' quote comes from)
Posted by Sean at 11:58 No comments: